While the relationship between Russia and Ukraine has been strained for years, the conflict came to a head on February 24th, 2022 when Russia launched a full-scale invasion. According to CNN reporters, the invasion represents the largest conventional military attack on a sovereign state in Europe since World War II.

A country of over 44 million people, Ukraine has seen major cities bombarded with missile attacks. Hundreds of civilians have died, and the attacks haven’t been limited to military operations. A week into the Russian invasion, missiles struck near the Babyn Yar Holocaust Memorial Center in Kyiv. On March 7th, an attack on an industrial bakery in Makariv left over a dozen people dead. Current reports from the United Nations suggest at least 549 civilians have died, 41 of whom were children, though the actual death toll is believed to be “considerably higher.”

Ukraine may be more than 5,500 miles and an entire ocean away from the U.S., but the people of Ukraine are close to our hearts. For too many, the reality of war in Ukraine hits home.

While LAFCO calls the United States home, we work with individuals from around the world.  PCINET, the web development company that manages the backend of our website, employs two developers and a project manager that live in Ukraine – Vitalii, Artem, and Yuliia. Max is another developer that works on our website from Ukraine, and while he no longer lives in the country, his mother does.

Andreas, who owns PCINET was able to help Vitalii’s family escape to Prague. Unfortunately, Vitalii himself was required to stay behind. His wife, daughter, sisters, niece, nephew, and parents are safe.

Stories like these are all too common, but for many of us living safely in the United States, the horrors so many thousands of people are facing in Ukraine are hard to imagine. Alice, Vit’s sister, recently shared her story with us, describing in harrowing detail what Ukrainian refugees like her have experienced.

Below is the letter Alice shared with us… 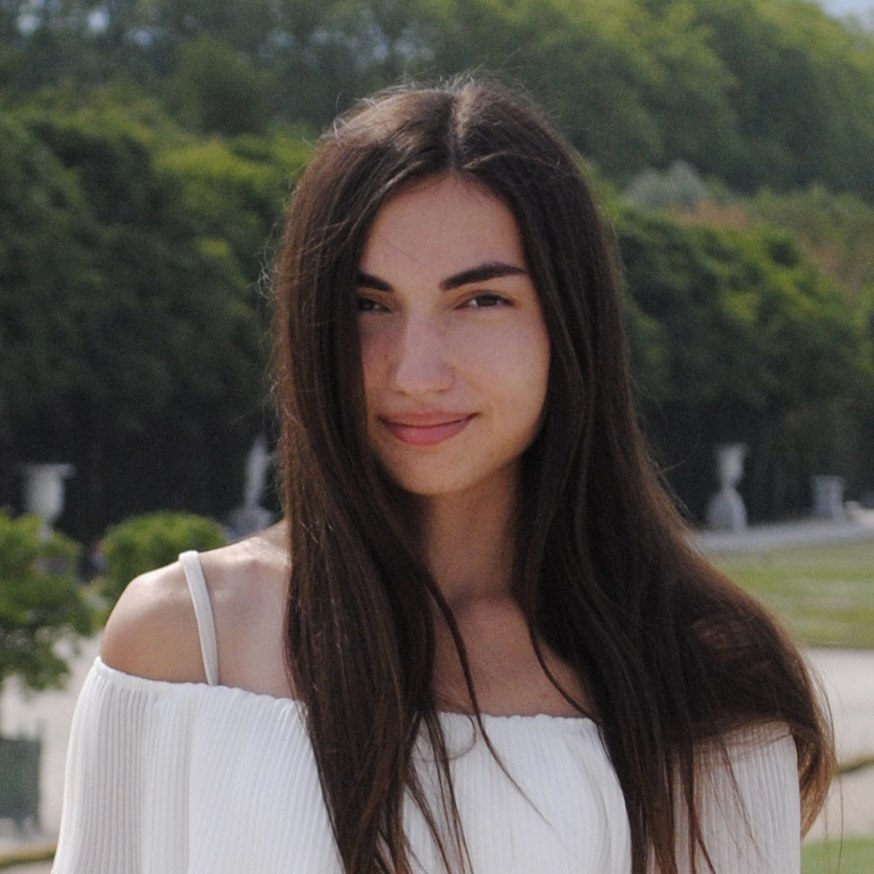 For the past few years, I have been living with one dream: to help my dad with his small business and launch my own furniture brand.

My dad is a carpenter, he has been creating handmade furniture for 25 years.  It all started with this house, which he made for me, my two brothers and two sisters.  I’m the youngest, in the window at the top level. 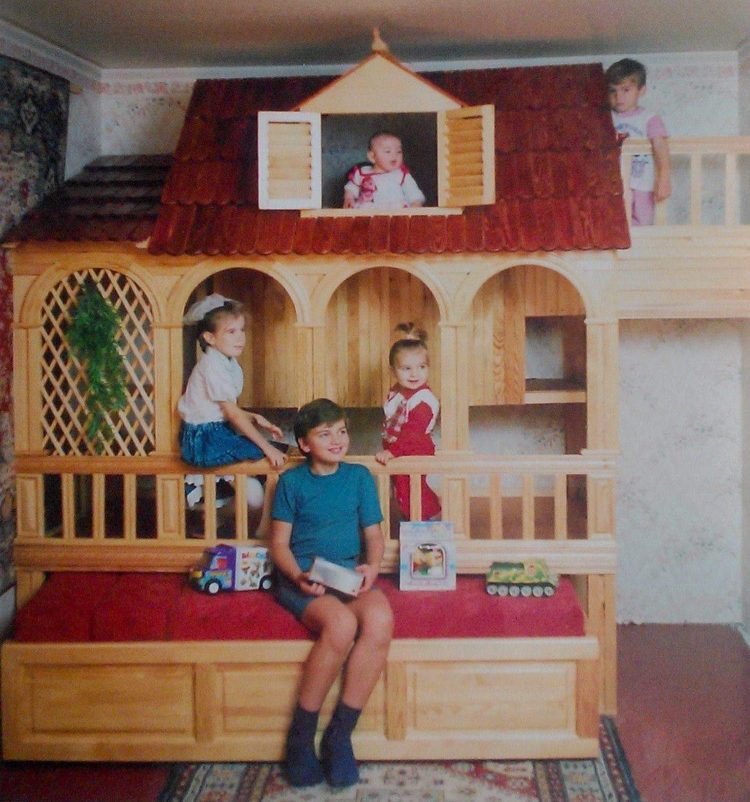 Working on my brand, I started creating a small wooden decor that I sold on Etsy to various countries in the world, spending my free time designing furniture to make my dream come true.  I have been preparing for this for a long time and was going to open an online store with furniture designs on the first of March.  But 4 days before that, i had the most terrible night of my life.  At 5 am on February 24, I woke up from a missile attack.  Not believing that this was true, I came up to the window.  It was still dark, but I could see more and more lights appearing in the windows of the apartment complex opposite to ours. People were waking up and approaching the windows, hoping it was not what they thought.

One loud explosion nearby and I understood that this was not a nightmare, it was really happening . I looked at the notes on my desktop, plans, furniture drawings and felt emptiness .. because it all no longer mattered. In such situations you have no long-term plans. There is no tomorrow, there is not even “an hour.” You just make a decision what to do in the moment. First of all, we needed to get to the shelter. I gathered my backpack: a folder with documents and an additional set of clothes, took my bunny, which was very scared and we went down the car.

We went to the manufacturing building, where my dad works. Later, my sister arrived with her husband and a 7 month old baby. All day and night we spent in the shelter under the ground. Probably for the first time in my life I was not afraid of spiders. I was afraid of people who came with weapons to my country. And this feeling is very strange and it’s not right. We still hoped that this was not a real war, but some escalation, and we would come back home soon. But we did not. Later we saw in news that fragments of the missile fell on our house. It was badly damaged.

The baby was very scared in the shelter, so the next day we decided to take the risk and leave the city. While we were driving, explosions were heard. There was a lot of military everywhere, it was snowy and there was no civil people visible. Just like in any movie about apocalypse.

Unfortunately, we could not stay in Ukraine.  We had nowhere to go as all the housing in western Ukraine was sold out.  A week later, when it became clear that there is no more way home, we crossed the border with Poland.  Now we are in the Czech Republic, trying to feel safe again.

Now I want to show you how our life has changed in a week..

I want everyone to understand that people like you live in Ukraine.  We also love Harry Potter, Marvel, pizza and Christmas.  We play board games with the family and love all furry (and not only) pets.  We had dreams.  Big and small.  Aspirations and goals toward which we have been moving all our lives.  And one night it was all taken away from us, from tens of millions of people.

This is my dad Alexey who quit his job at the airport to start his own workshop.  Now I don’t even know if this building is still there or has already been destroyed. 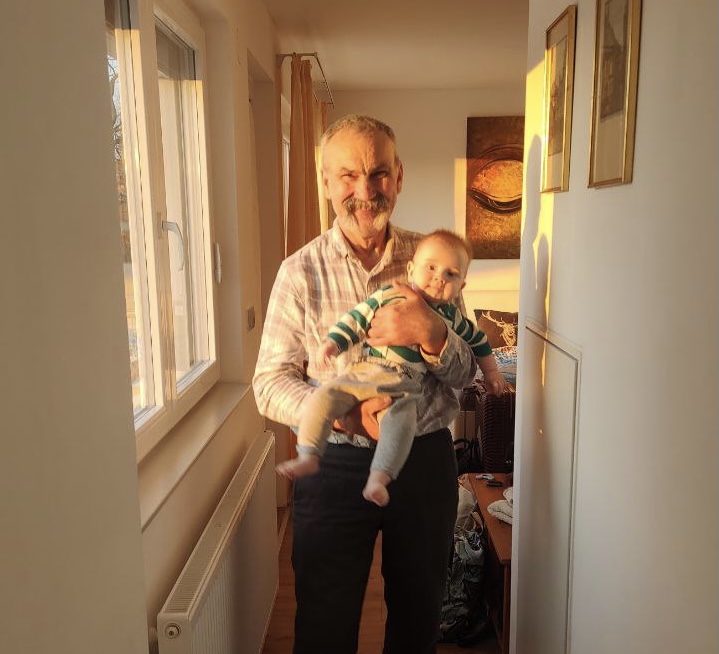 My mother Larysa is a kindergarten teacher.  This is what her life looked like before the war. 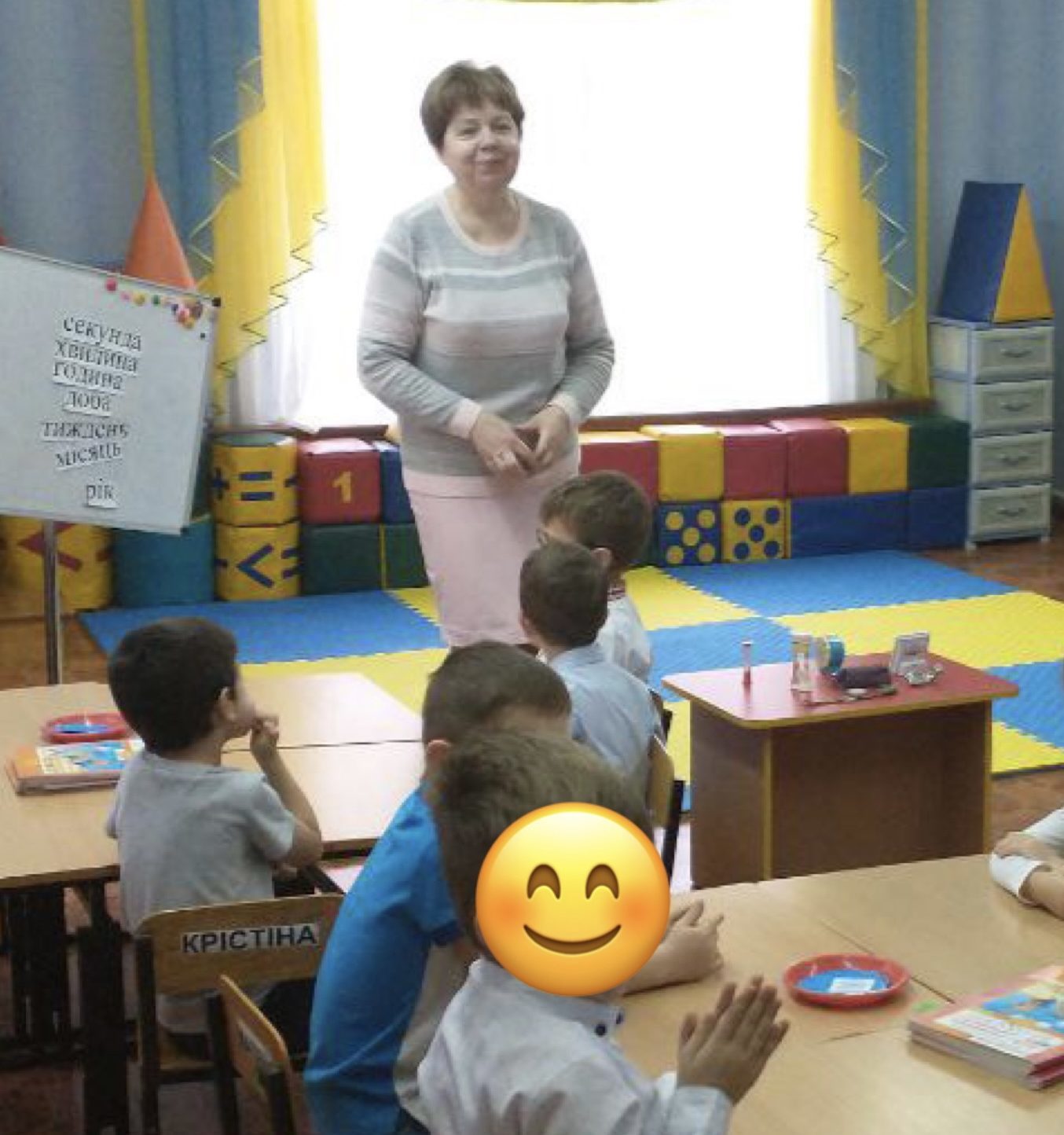 And this is what the kindergarten near our house looks like now. 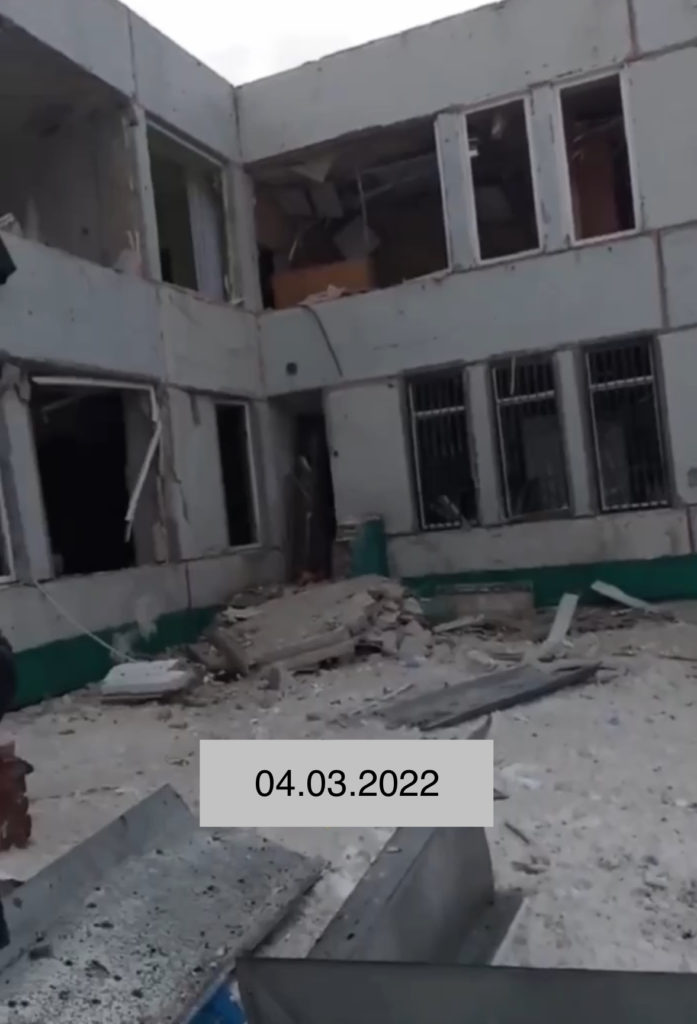 My sister Tatiana is a pediatrician.  This is how she went to her work before the war: 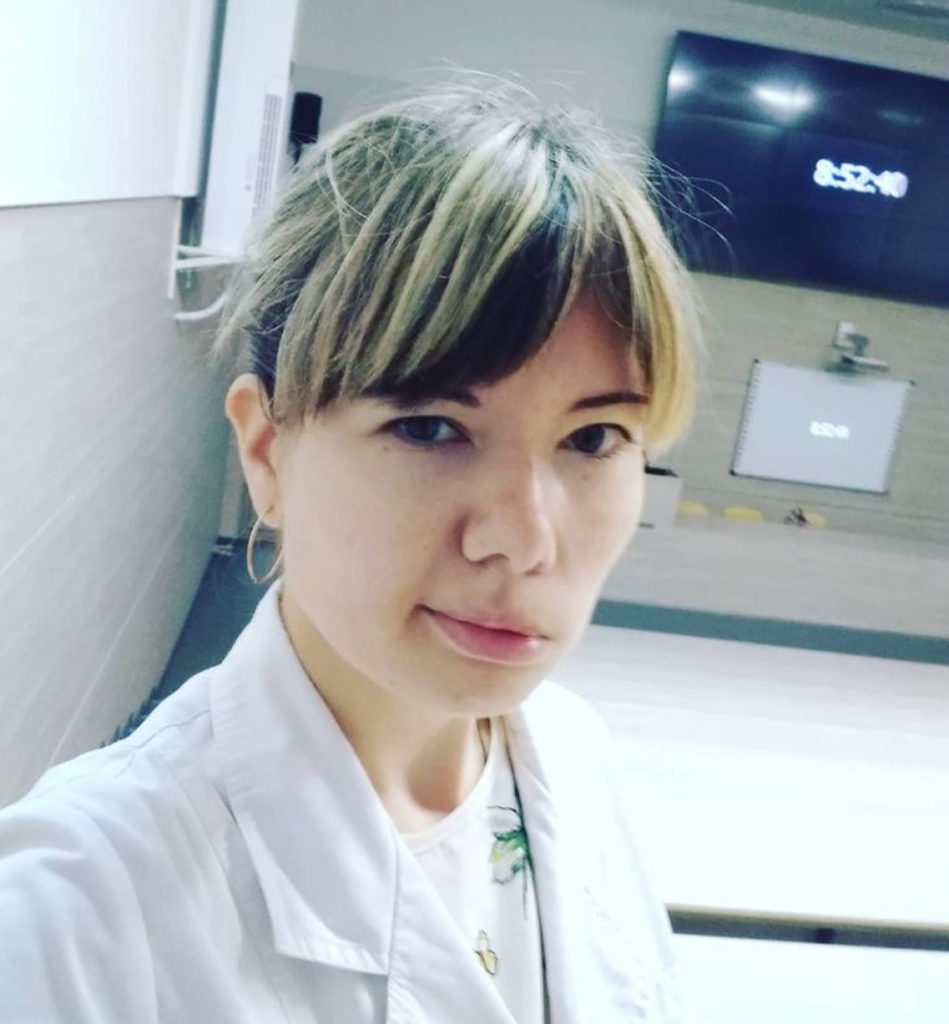 And this is what the hospital in the city of Kharkov looks like now. 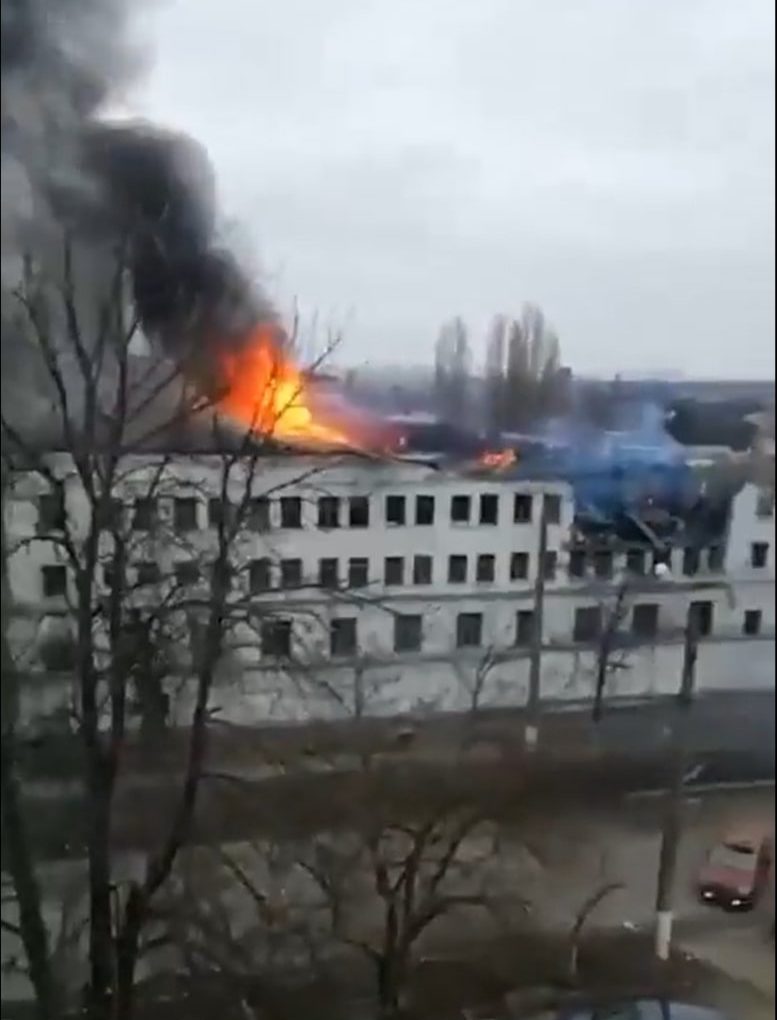 This is my 7 year old niece Diana.  On February 23, she was still attending school as a first grader. 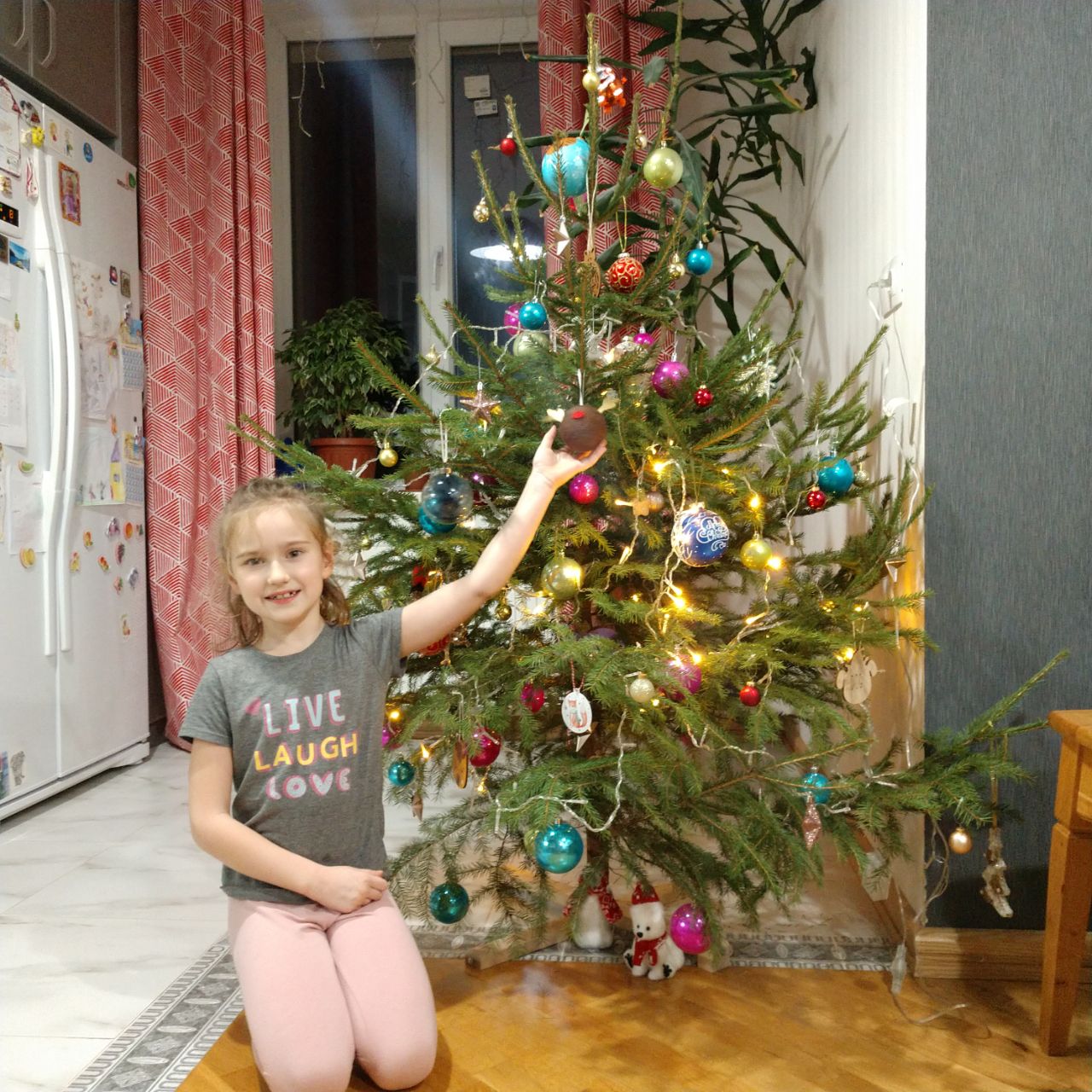 And this is what schools in my city look like now. 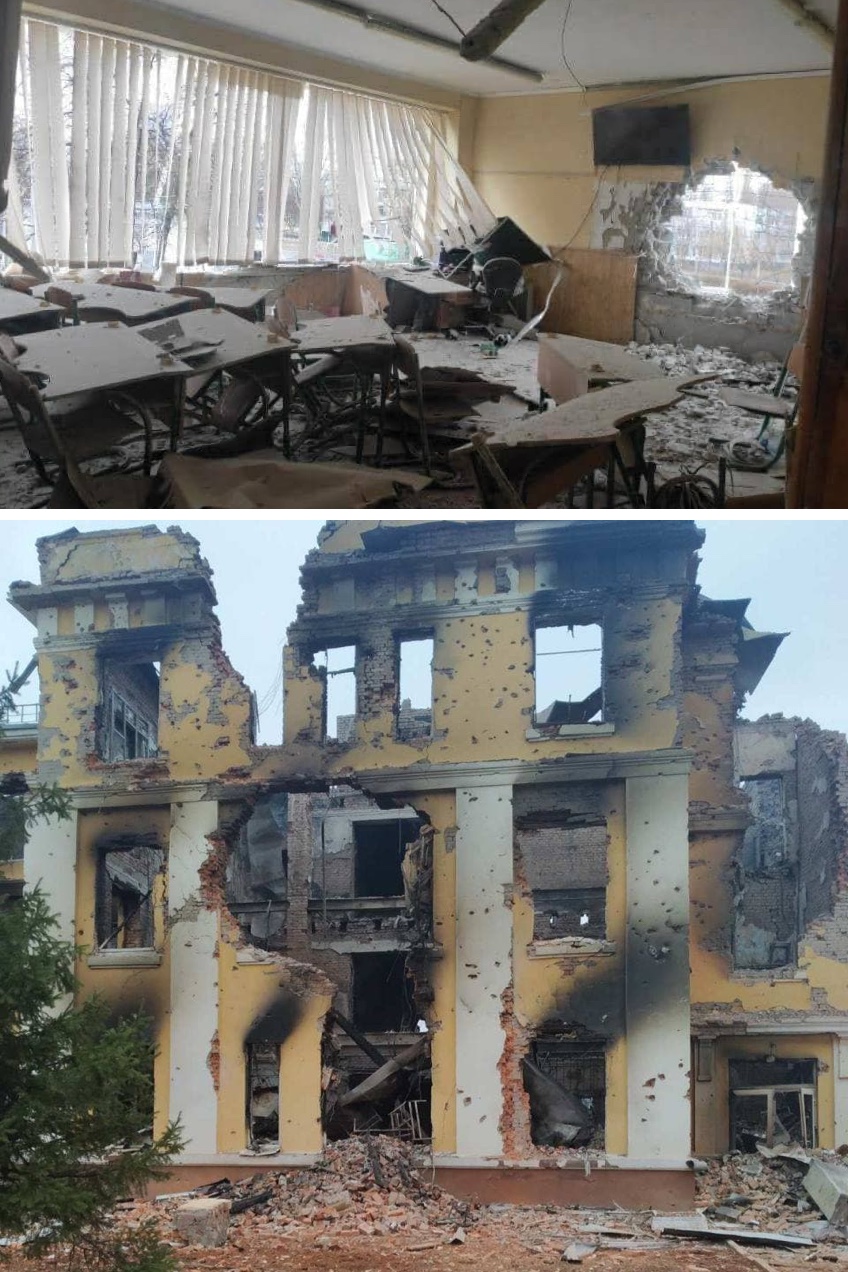 This is my other sister, Anna, near our house in Kharkov last March. 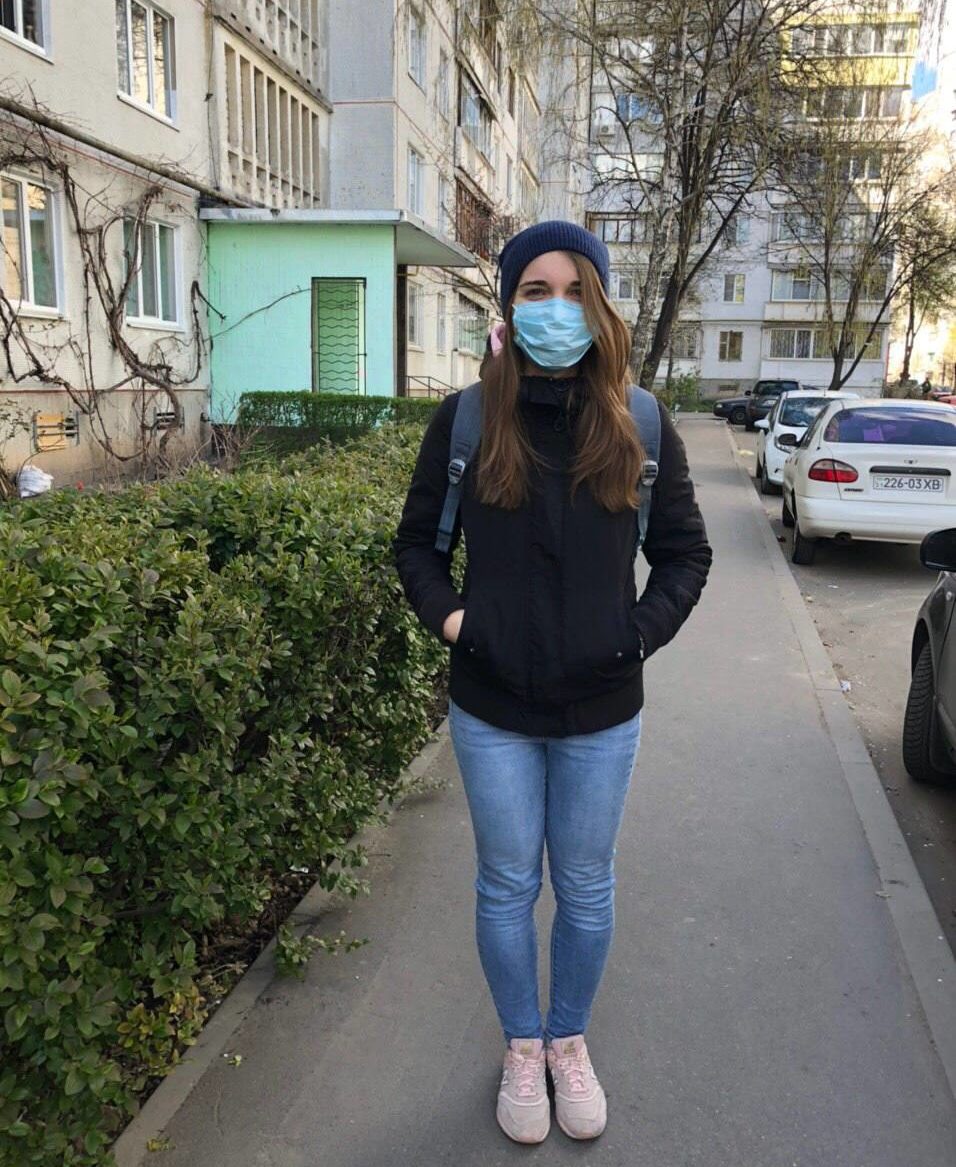 And this is our house now. 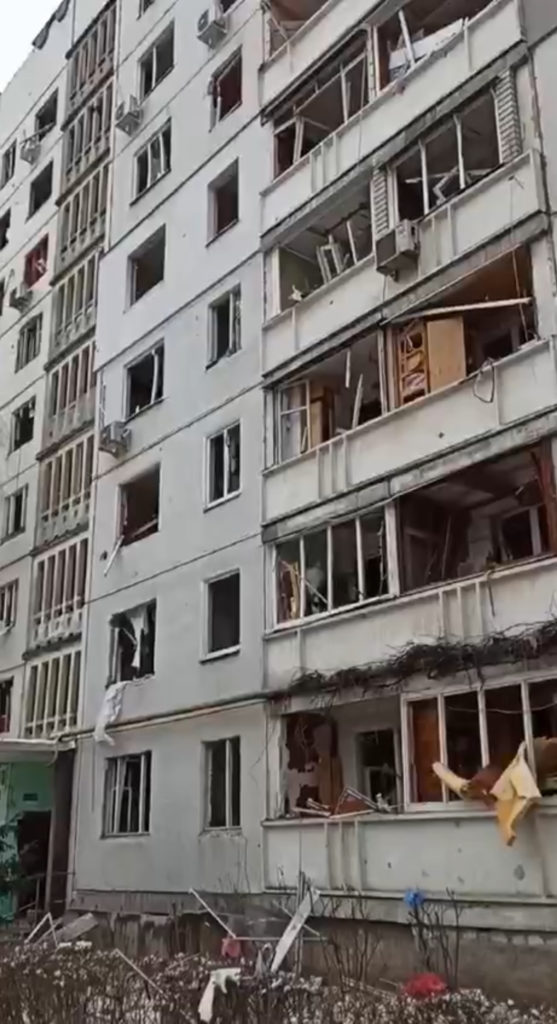 My happy nephew and Godson Zhenya in his home. 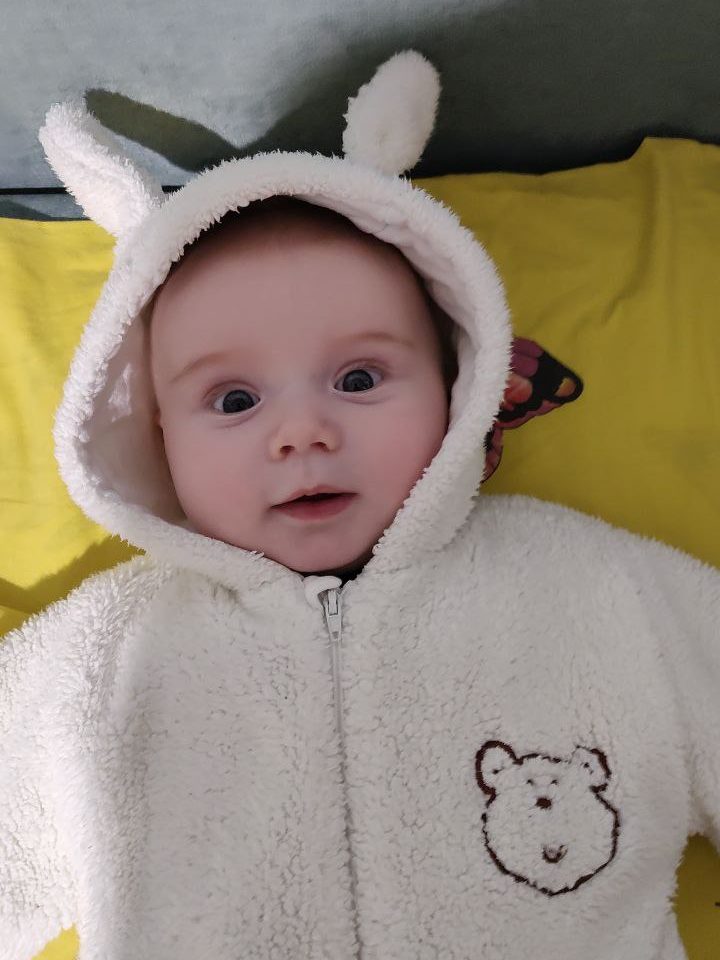 And this is him in the bomb shelter on the first day of the war.

And this is my bunny Krolya and our cat Albus. We had to leave them with relatives in central Ukraine. Miss them very much. 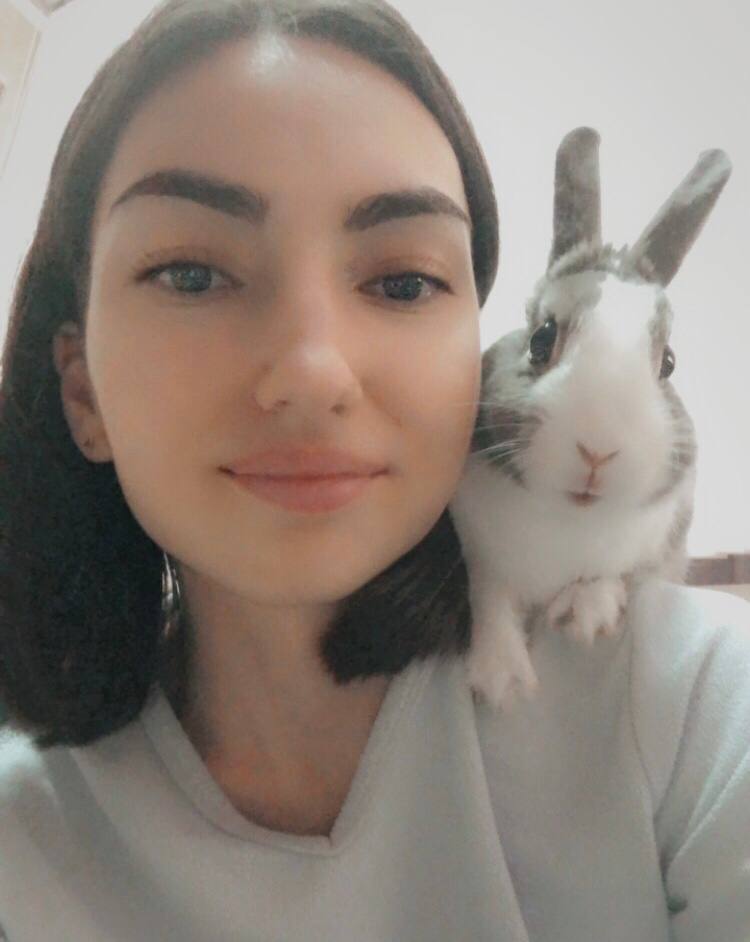 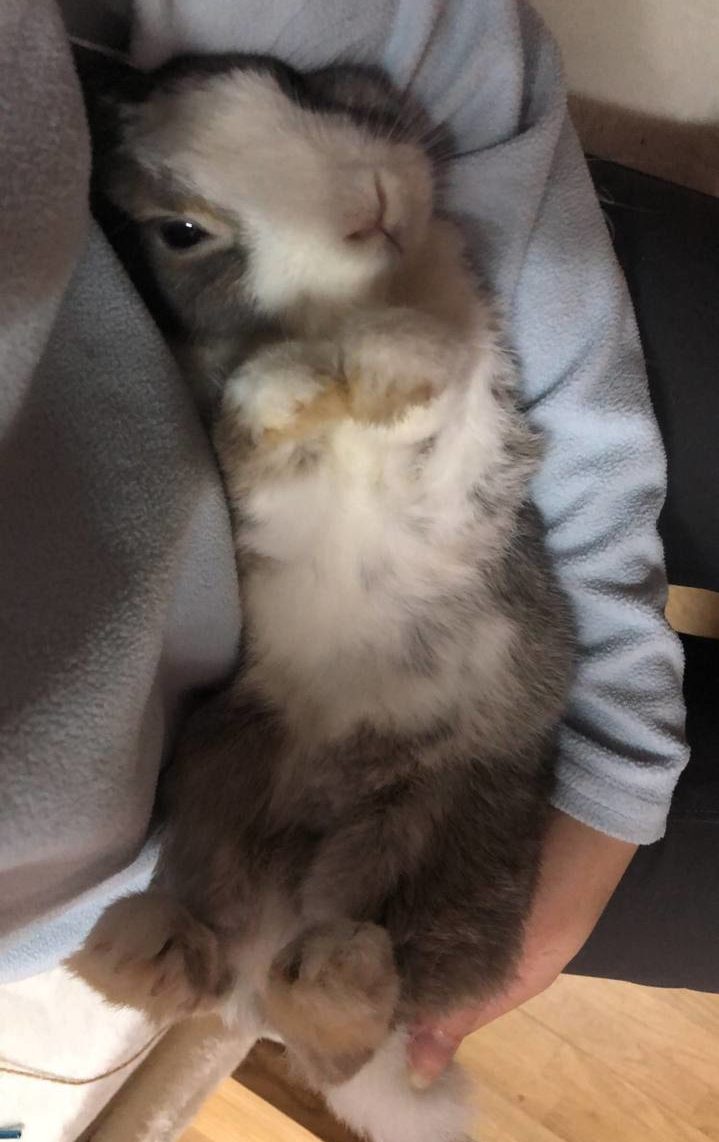 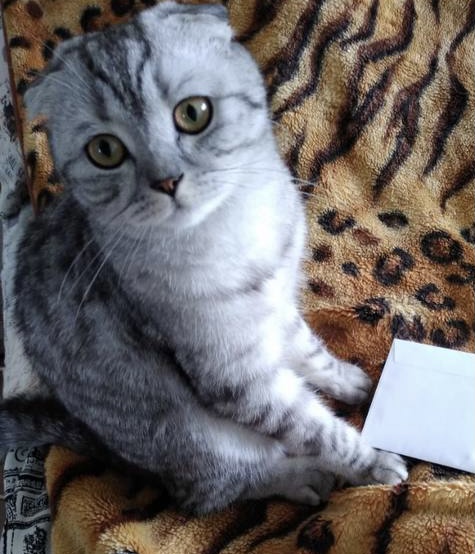 During these days, an eco-park and a zoo were also damaged in Kharkiv.  Many animals died or went missing.

My brothers stayed in Ukraine, as did the father of my little nephew.  We all pray for them and other people who are in hot spots in Ukraine.  We also help our “cyber army” to show the truth, fight with fakes & propaganda and tell the whole world: we must unite against the war.  Because war takes away the meaning of everything that has been created, and we can’t leave a better world for next generations.

Finally, I want to express my gratitude to the LAFCO company for supporting my family and giving me the opportunity to share this story.  This gives me hope now and makes me believe that the whole world, together with my country, will win. Слава Україні!

Within seven days of the Russian invasion, 1 million people had fled Ukraine and five days later, the number had doubled to over 2 million. Mostly women and children, these refugees represent about 4% of Ukraine’s population and their numbers continue to grow.

Ukrainian refugees are forced to flee their homes, leaving their possessions and their very livelihoods behind. Many of them have also left family members. Ukraine President Volodymyr Zelenskyy declared martial law in late February after the Russian invasion and announced that men aged 18 to 60 would be forbidden from leaving the country.

While fathers, sons, and brothers stay behind to protect their homeland, countless women and children are seeking refuge in neighboring countries.

How Can You Help?

While the conflict in Ukraine is between two warring countries, its impact has reached the entire world.

Roberta Metsola, President of the European Parliament, denounced Russia’s military attack on Ukraine within hours of it taking place. The United States and Europe quickly announced sanctions. Even privately owned companies and sports organizations have shown their support for Ukraine by withdrawing access from Russian citizens.

LAFCO is sponsoring Vit’s family and we encourage you to stand with us in supporting the people of Ukraine.

Global Citizen, an international movement of engaged citizens who use their collective voice to end extreme poverty, posted a list of ways people like you can help:

The lives of the Ukrainian people are forever changed but Alice offers this message going forward, “We must unite against the war. Because war takes away everything that has been created, and we can’t leave a better world for next generations.”

If you’d like to support Alice directly, she runs an Etsy store here featuring her designs.